Greece has been famous for many years not only due to art, architecture and philosophy, but also due to talented scientists. But why did the residents of Athens manage to make such a big push in development? How did the process of transforming the primal into antique civilization pass?

The premise of the development of scientific thought in Greece
Geopolitical factors have a huge impact on the development of Greek culture and science: a close neighborhood with ancient civilizations like Egypt and Babylon contributed to the exchange of knowledge obtained from past generations.
Most of our ancient Greek scientists have spent a significant part of their lives on travel. Pythagoras, for example, spent his youth in Egypt, where he studied mathematics, geometry and natural sciences. 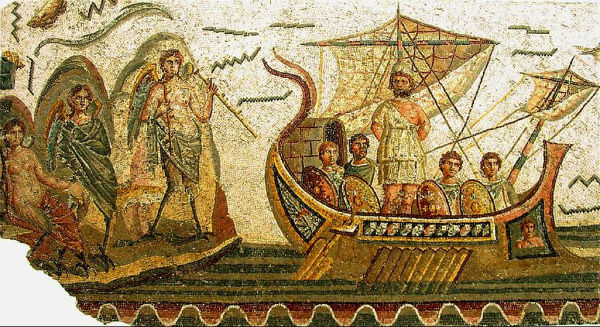 The First Greek traveler, the records of which remained and reached our days, was Gannon. The Expedition with him led by the Senate of Carthage. The goal was very difficult, but necessary – the colonization of new lands in the western part of the African continent. After sailing the Gibraltar Strait, a lot of galleys with more than 30 internally displaced persons on board reached the tropics. When the expedition began to feel the lack of forgiveness, Gannon ordered the launch of the fleet, and go back to Carthage. The unusual climate and enemy attitude of the natives to the Greeks did not allow to be justified in a new place, but after the journey, Gannon received new information about the remote edge.
Another world famous ancient Greek scientist, who is rightly considered “Father of history”, Herodotus, was inspired by the stories of the swimming of gannona, and at the age of 20 also went on a sea trip, the purpose of which was to study distant lands. At that time, the school of pifagorijcev has already begun to release the version that the earth has a form of Shara, but the herodotus, without supporting such theory, decided to prove the opposite itself.
The zeal of the heroism to the stranstvovaniâm contributed to the fact that it was from a rich family, which had extensive trade ties. From the very early childhood, the future historian has often met people from different countries, focused on listening to their stories about distant oddities and dreamed of creating their own expedition.
In 464, herodotus went from his native galikarnasa to egtpet, where he visited Memphis, thebes and heliopolis – the city of the sun. With the dotošnostʹû of the real naturalist he described the differences of the Nile, studied the crocodiles of the crocodiles, studied the religious ritual of the Egyptians. His records allowed the scientists of modernity to learn a lot of new about the device of the ancient world, to expand part of the kanji writing and restore the conditions of the life of the Pharaoh’s Pharaoh.
In addition, the herodotus, for the first time among the contemporaries, discovered that the African continent extends far beyond the northern tropics. Before Him, people believed that Africa could be easily bypassed and returned back through the Gibraltar Strait.
The journey of herodot was really long – he visited Babylon, after which he went to the shores of the Caspian Sea. In his records, the scientist describes the Caspian Sea as the sea, which has no connection with others, and is “in itself”.
After the centenary of the death of herodot, in another expedition, this time – north, the Greek geographer and astronomer pifej went. In 340, he went to a rather risky swimming on the only ship. First, his expedition involved the shores of the Iberian Peninsula, the territory of modern Spain. Then the ship went along the coast of France, and entered the La Mancha, adjacent to the island of Albion (Modern England). There he met the locals, noticing their friendliness, honesty and ingenuity. The ancestors of modern British were active in the trade of tin, which were then the only ones in Europe.
On this pifej did not fulfill his interest, and continued swimming up to the Scandinavian Peninsula. According to his records, the duration of the day has been reduced to two hours, which shows the intersection of the northern polar circle. As the pifej mentioned, it was impossible to continue the journey, as it reached the edge of the earth. He turned to the east and swam to the ears of the Rhine, meeting there the peoples of the ostionov and the German. Then the expedition swam to the elbe, after which I returned back to the motherland. The total duration of the weirdness was a little more than a year, during that time, the beer was able to make several important scientific discoveries. He found out that the moon influences the tide and the differences, and the polar star changes its position depending on the position of the observer. 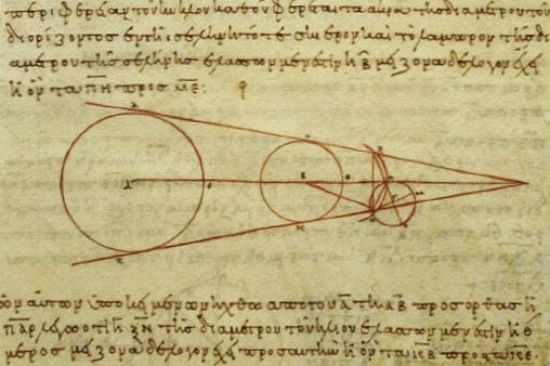 From such travel Greeks learned a lot of new, receiving information, inaccessible to their contemporaries from neighboring countries. Having developed science, the residents of Athens have been able to use data to explain the patterns in nature, have developed thoughts about the universe.
The most important industry of science, which has been rapid development in the period of antiquity, was mathematics. Unlike the Egyptians who used math and geometry purely with a practical purpose, the Greeks tried through the numbers to express the pattern in the world around them. They believed that all the phenomena of nature have a clear structure and consistency that can be calculated, having sufficient baggage of knowledge for that. In two millennia Galileo Galileo formulated this thought in his own way: according to his words, “the book of nature is written in the language of mathematics”.
One of the important achievements of the Greeks is the invention of the account board (Abaka). With this tool, calculations for trade, construction and in life have been significantly simplified. In addition, the Greeks have developed their own symbol for numbers.
A significant contribution to the development of geometry, mathematics and natural sciences, made by the legendary scientist of antiquity pythagoras. Back from the travel, he founded the school of “pifagorijcev”, which was a kind of secret spiritual order. The Pythagoreans have developed the thought that numbers rule the world, studied the influence of mathematics on the phenomena of nature, architecture and music. Pythagoras for the first time introduced the concept of axioms and theorems, the theory of numbers and the basics of deduction.
The great scientist of antiquity democritus in his time made a prophetic discovery – he believed that all the surrounding matter of us consists only of the smallest particles, – atoms and separating them from each other void. This teaching was called “Atomism” and could explain many phenomena of nature.
Development of medicine and natural science
One of the premise of increasing the duration of life in the ancient world was the development of medicine and the granting of its status of precise science. One of the first-time people in this field was a hippocrates. Until today, a lot of his writings have remained, although modern scientists question what the hippocrates personally wrote all the chapters. Most likely, the main thesis was gradually complemented by its students as the experience gained. 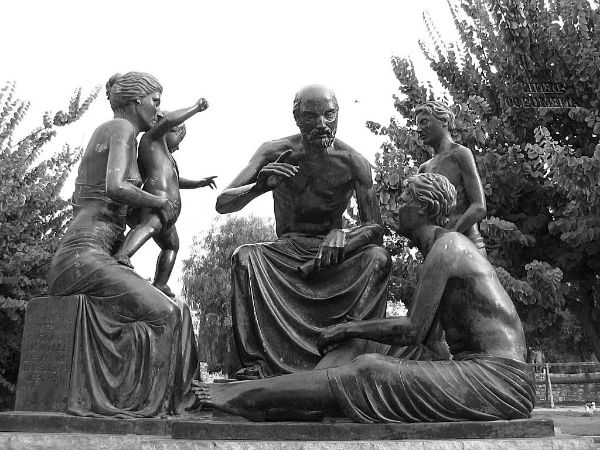 The great philosopher of antiquity Aristotle, who spent in the first half of his life purely theoretical reflections, to mature age has fallen into the study of the device of the world, in particular – research of plants, anatomy of animals and people. His works were used by contemporaries, both for learning and for practical purposes.
Theoretical and empirical knowledge obtained by antique scientists during their oddities and practical activities has allowed Greece to make a huge breakthrough in development. Unfortunately, most of these knowledge are considered lost, only a small share of information has reached our time, but it is priceless.
The Greeks gave the medieval scientists the initial baggage of knowledge, which were used for further research. Their theory about the device of the world, the shape of the earth and the atomic structure of the substance seem truly genius and prophetic, even from the point of view of modern science. It is hard to imagine what antique researchers could have done if their country did not become passionate about military plants that weakened science.
Source: www.gidvgreece.com/vsyo-o-greczii/greciya-vsyo-o-grecii-2/nauchnye-dostizheniya-grekov.html
Translation: Katerina Gavra

View all posts by Katerina Gavra →
Back to blog page

Deciding where to visit depends on your entry poin

3 Greeks are among the 100 most influential people