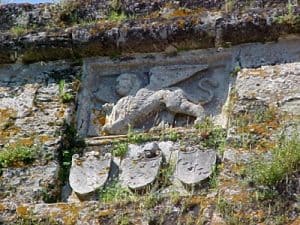 The castle is in the top of the hill,is a true monument of local history. His walls protected the inhabitants of the medieval city and Aegialos from the attacks of the Turks and the pirates. Hidden in the pine tree, which is full of it, remains the deserted and silent witness of the Medieval Zante.

Its imposing fortification, which stands today, is almost intact from time, earthquakes and other damage, was completed by the Venetians in 1646, as it suffered extensive damage from previous one Earthquakes. Today, the castle offers the visitor a beautiful view of the city of Zakynthos.

The castle was the administrative center of the island throughout the period of the Venetian rule.

The excavations brought to light many buildings of all periods, which demonstrate the continuous use of space from prehistoric to modern times.