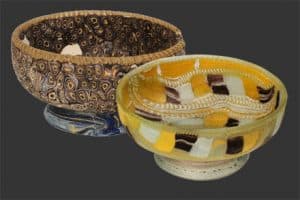 The Antikythera wreck is a Roman-era shipwreck dating from the 2nd quarter of the 1st century BC. It was discovered by sponge divers off Point Glyphadia on the Greek island of Antikythera in 1900.

The wreck yielded numerous statues, coins and other artifacts dating back to the 4th century BC, as well as the severely corroded remnants of a device many regard as the world’s oldest known analog computer, the Antikythera mechanism.

On 17 May 1902, the former Minister of Education, Spyridon Stais, made the most celebrated find while studying the artifacts at the National Archaeological Museum. He noticed that a severely corroded piece of bronze had a gear wheel embedded in it and legible inscriptions in Greek. The object would come to be known as the Antikythera Mechanism. Originally thought to be one of the first forms of a mechanised clock or an astrolabe, it is at times referred to as the world’s oldest known analog computer
In 2012, marine archeologist Brendan P. Foley of the Woods Hole Oceanographic Institution in the United States received permission from the Greek Government to conduct new dives around the entire island of Antikythera. With project co-director Dr. Theotokis Theodoulou, the divers began a preliminary three-week survey in October 2012 using SCUBA rebreather technology, to allow for extended dives down to a depth of 70 metres (230 ft), allowing a fuller, complete survey of the site.
On 31 August 2016, a 2000-year old human skeleton nicknamed “Pamphilos” was discovered at the shipwreck.