Greece stands out in the World Robot Olympiad 2019

The Greek delegation returned with four medals and three awards from the World Robot Olympiad 2019 Finals in Gori, Hungary, with the theme of rebuilding the cities of the future.

The Greek teams scored the best of this year’s event – along with Russia – by collecting three silver, one bronze and three awards (fourth, seventh and ninth) among 423 teams from 73 countries, a global distinction of great importance to Greece. 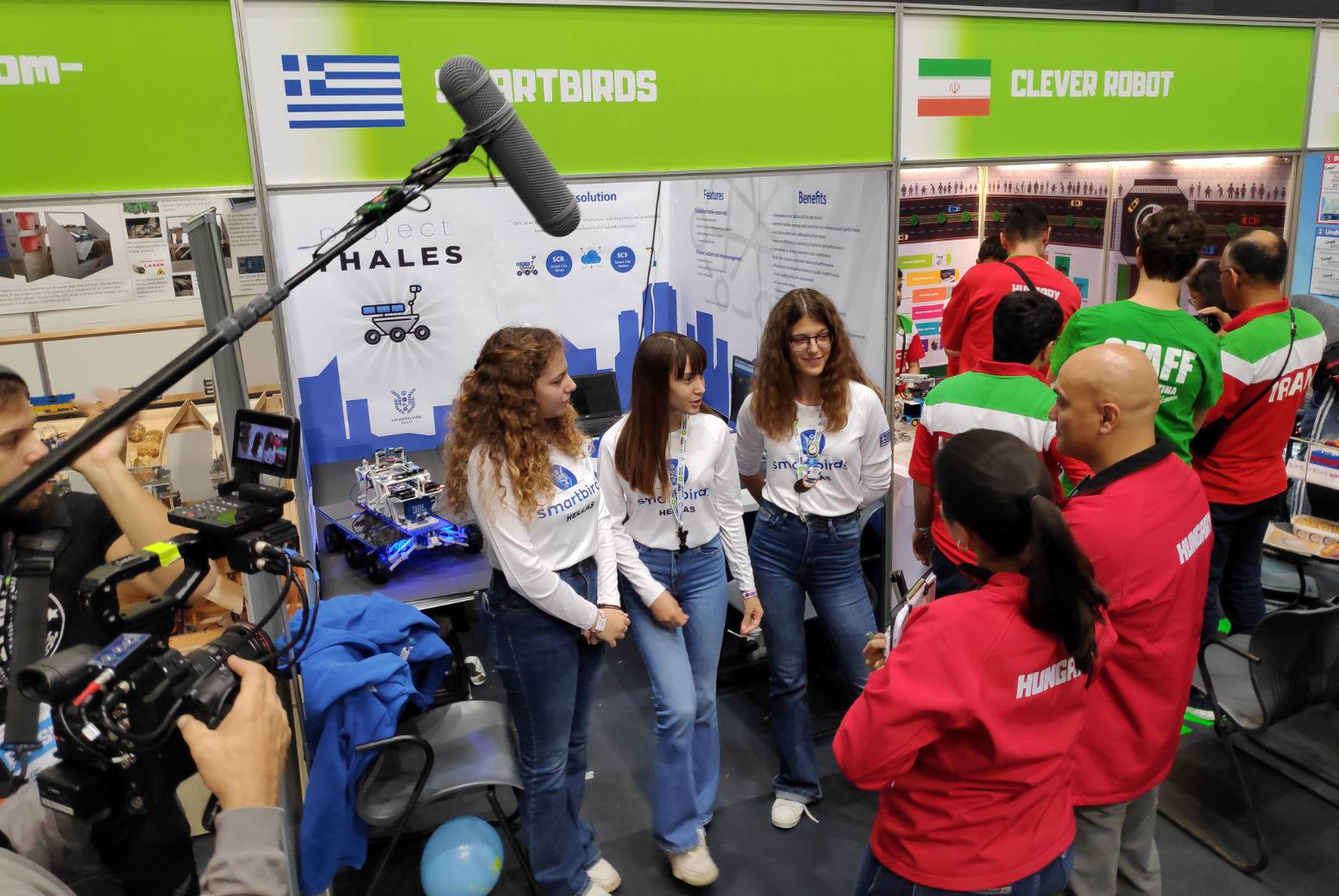 The Greek students who traveled to Gyor competed in the creation and planning of robotic constructions in the fields of urban transport, water supply and waste management, lighting and building heating, with the theme “Smart Cities”.

In detail, in the Open category, silver medals were awarded to: the Infinite Code team at the Elementary School (Athens Arsakeio) presented the project “Alex Bear”, a smart fluffy teddy bear intended to support hospitalized children, and the SMARTBIRDS Gymnasium (Experimental of Lagoura & 2nd High School of Patras) with the project “Thalis”, a robot that navigates the streets of the city, providing important metrics in real time and providing the help needed by the people he meets after having a dialogue with them. 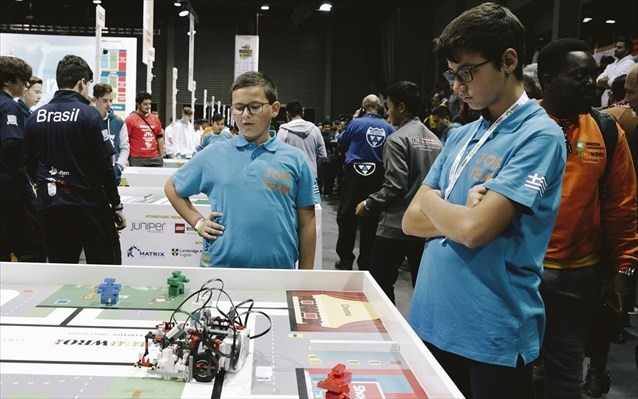 In high school, the fourth place in the world was taken by the Minders (Educational Renaissance) team who presented the project ‘SKEye’, an innovative e-government system that improves the lives of city dwellers, resolving issues such as waste management, emergency response immediately, crisis management as well as limiting the human factor to heavy and unhealthy occupations.

In the robot soccer category, the Kalamatian bitbot team with high school students took 2nd place and the silver medal, dominating among 56 teams from more than 30 countries. 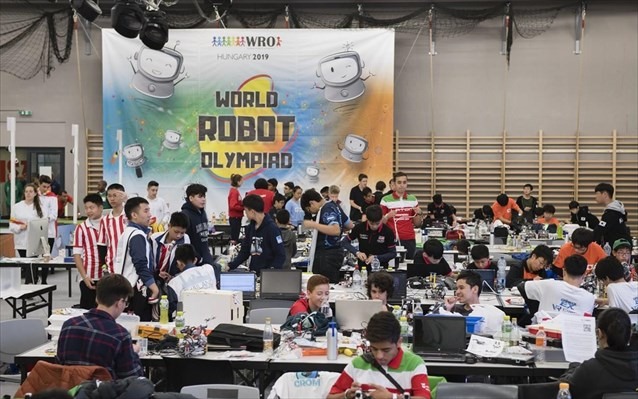 In the demanding Regular category, the Jobi team won a bronze medal in Primary, while the 7th place in High School was won by Teamwork Optimum. The student team ESDA Lab (University of Peloponnese), which ranked 9th in its class, completed the successes.

“The distinctions of the Greek mission at the 16th Educational Robotics Olympiad, which is the crowning endeavor of students, teachers and parents alike, bring us pride and hope for the future”, said the President of the Hellenic Educational Organization in Greece, Mr Ioannis Somalakidis. “Our teams have won important positions, so that at the closing ceremony, every second announcement, the Greek flag will flutter at the highest points. The efforts we have made for years, with our COSMOTE ally, are bearing fruit. We continue our efforts to spread STEM and educational robotics in our country”. 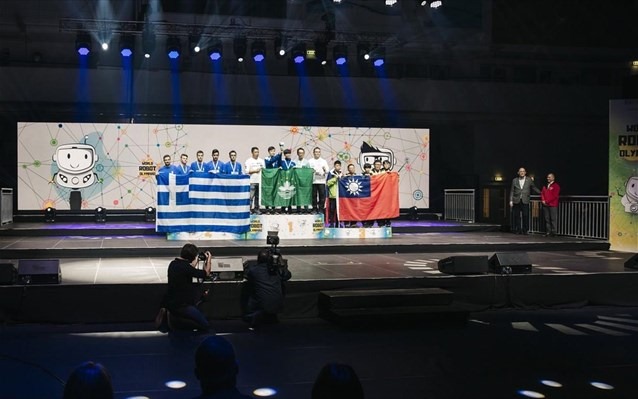 “Congratulations to all the teams in the Greek mission. Through their participation and the significant distinctions they have gained in the traditional ‘big powers’ of educational robotics, children are demonstrating our country’s potential in the field of STEM and the evolution that has taken place in recent years”, said Panagiotis Gavriilides, OTE Group Chief Marketing Officer. “We are proud to be one of the first private investors to invest in STEM and develop young people’s digital skills, partnering with the education agency WRO Hellas. Over the last six years, through our actions, we have helped thousands of children engage in educational robotics, fostering their teamwork and creativity”.

Cosmote has documented the Greek teams’ course to the Hungarian Olympics and their efforts there, in a documentary titled “The Real Robokids”, which will be screened soon. 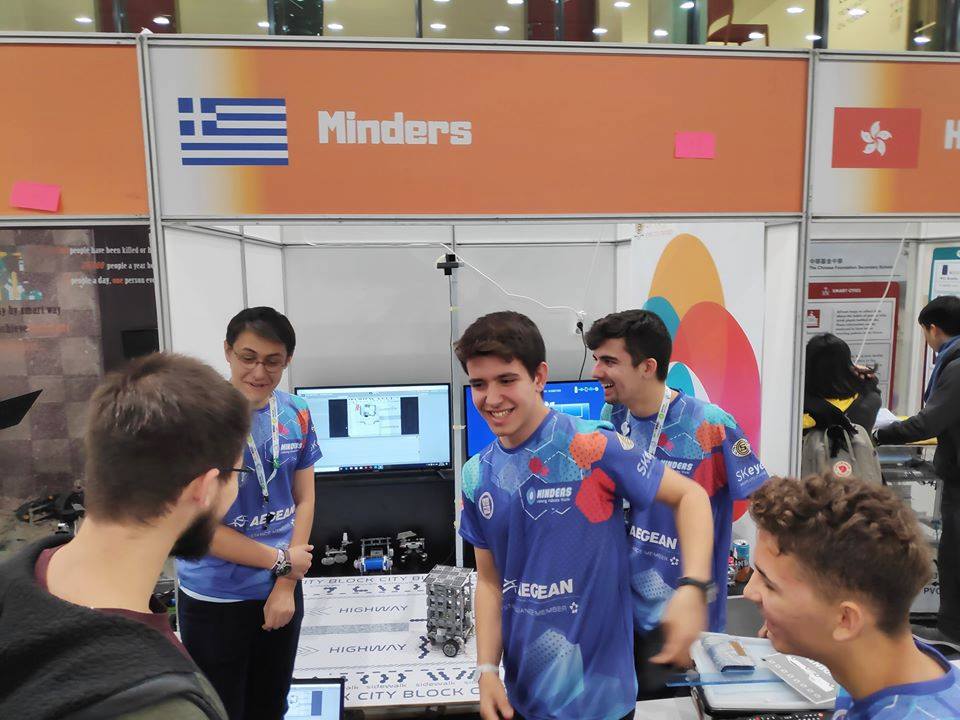 WRO Hellas has partnered with Cosmote, a strategic partner for the past six years, to promote the dissemination of educational robotics and STEM in Greek schools to develop children’s digital skills. Through actions such as the Panhellenic Educational Robotics Competitions, so far significant results have been achieved: 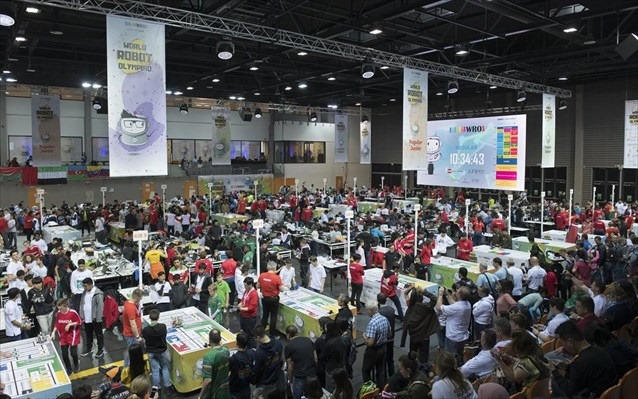 Detailed results of the Robotics Olympiad are displayed on the official website of the Organization: